Diagnosing and Fixing A LG Smart TV With No Picture 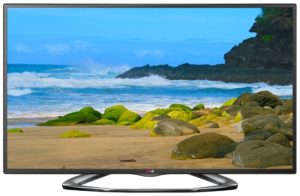 Problems can often occur with even relatively new LG Smart TVs. Some customers report their screen going black shortly after turning on the television, even though the TV’s speakers continue to produce sound. You can test and rule out a number of things before concluding that your TV has a hardware defect.

First, check the input settings of your television. Often, users will experience a dark screen when first turning on their television if the selected input corresponds with a turned-off or unplugged input, such as a gaming system or DVD player. If the problem persists, try reconnecting all cables on the back or sides of the television. It’s possible that one of your cables has gone dead. If you have access to other cables, try swapping these in and see if the problem persists. Some customers report that turning the television off and unplugging it for an extended period of time, up to 24 hours, can fix the black-screen issue.