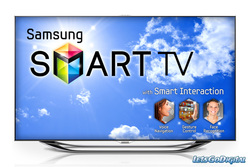 Voice Control and Gesture Control are available in the Samsung LED ES7500, LED ES8000 and Samsung Plasma E8000. For example – just say “web browser” to get online, use voice recognition to start a search, and wave a hand to control the mouse cursor and select links. Face Recognition lets each member of the family log in to their Samsung account and automatically sign into Facebook, Twitter and more. For those looking for even greater flexibility and control of their Smart TV experience, Samsung’s new Smart Wireless Keyboard (sold separately) features a standard-sized keyboard along with touch pad. The keyboard utilizes Bluetooth to connect to the TV and also has an IR emitter to support TV functions. The Smart Wireless Keyboard can also be used with the Galaxy Tab or other mobile devices.
Samsung Smart TV with Micro Dimming Contrast 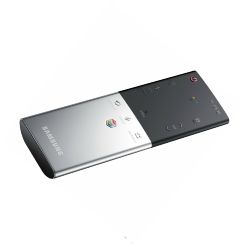 We Repair Service all type of Smart TV’s!